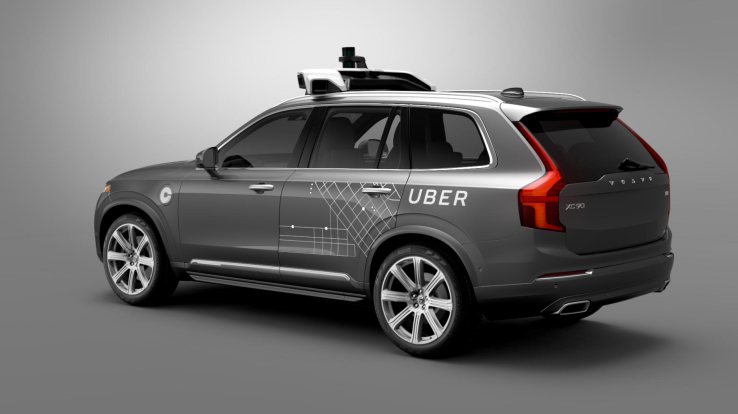 Uber has been working on testing self-driving cars since they announced it in early 2015.  Pittsburgh was the lucky city that Uber chose to test these incredible feats of technology in, but since then, there hasn’t been much said about it in the last 18 months.

Though Google has been the frontrunner in the self-driving car world and slowly making progress with their autonomous cars, Uber has been working their way up there.  You may think that Uber has no chance in competing against Google and that their efforts are barely visible, but you’d be wrong.

Uber has been making steady and rapid progress regarding their plan to replace over one-million human drivers with self-driving computer cars.  Though, that’s got to suck if you are an Uber driver.

CEO Travis Kalanick revealed to Bloomberg that the company is planning on adding the self-driving cars to work among active drivers in Pittsburgh as soon as THIS MONTH! That’s major news, and Pittsburgh residents and tourists need to mentally prepare themselves for possibly getting into an Uber without a human driving at all (aka terrifying).

The car of choice the company decided to modify into a self-driving vehicle is the Volvo XC90 and if you are lucky enough to catch one of the 100 they are deploying, you will be eased at the sight of an engineer (aka not so terrifying).  The engineer will be there to assist if the wheel needs to be taken over as well as to take notes and observe as co-pilot.  As for the trunk, there will be a “liquid-cooled” computer recording trip and map data in there.

The somewhat silver lining behind these 100 deployed cars is that if you are “lucky” enough to catch one, your ride will be completely free!  A small price Uber pays for implementing such a foreign concept.

Uber gave some more info. on the self-driving cars to Bloomberg and stated that rather than create their own vehicle, like Google, they will simply outfit cars with the self-driving technology.

However, even that technology cannot be claimed as their own.  Uber quietly snagged a promising startup named Otto whose main goal was to bring self-driving technology to trucks.  With this new technology, existing trucks can be fitted with self-driving kits and the hassle of creating a new vehicle gets wiped away.  What’s even more surprising is that Otto was founded by four former employees of Google, one of them having actually led Google’s self-driving efforts.

Maybe Google’s slow and controlled pace of moving forward with self-driving vehicles should be recognized as a positive, as they may be perfecting any mishaps it may have.  But it seems as if Uber has no plan to slow down.  Whether you think their faster pace is a good or bad idea, the results will soon be revealed with the rollout of their self-driving vehicles in Pittsburgh.